I’ve been busy walking this week, so I haven’t given the Tassievore Eat Local Challenge my full attention.

I wrote a post about getting started last week,  and have been doing what I can for Week 1’s challenge, which has been to “seek out Tasmanian food and drinks . . . whether an old apple tree on the side of the road, a bottle of wine you haven’t tried before, or a recipe that has tweaked your interest”.

Funnily enough, the apple trees on the side of the road that I noticed last Sunday got pruned to within an inch of their lives during the week. Something about power lines, I believe . . .

Foraging at my house is primarily the search for eggs.

The oldest chicken decided long ago that the laying box wasn’t for her and has taken to laying in a spot in some bushes that we’ve nicknamed The Egg Butty. This comes from something Juniordwarf used to do when he was very small, and it kind of stuck. She’s had more than one Egg Butty over the years, but this is the current go-to spot.

The new chickens are gradually getting used to laying and are figuring out where to do it. One of them has even found the laying box.

The other one has decided it’s better to lay in the very back of the chook house, between the two perches, right in the chook shit from the night. She invariably knocks the perches off and we have to perform contortionist acts to get the egg and set the perches back up.

Not the laying box

Foraging in my own back yard.

One of the new chickens

I also got 2 strawberries off my plant this week. I think that’s about 10 now. None of the other plants have fruited, so 6 plants for $10, and 10 strawberries = $1 per strawberry. Bargain! At least they aren’t fumigated with methyl bromide. 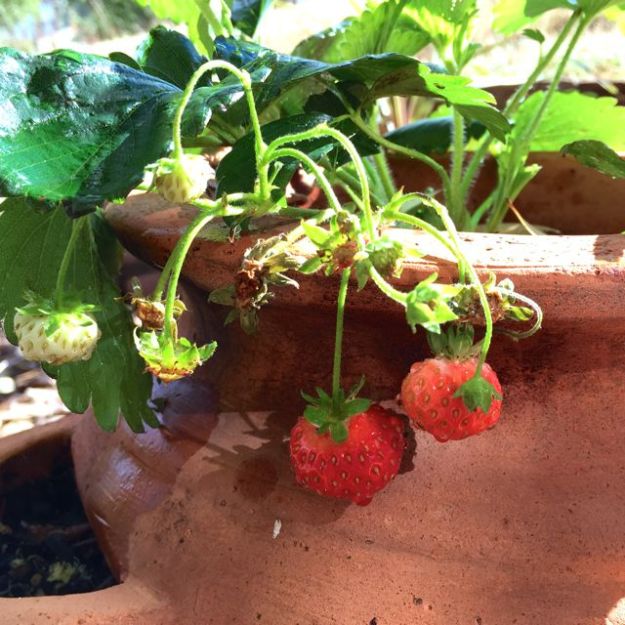 And by happy accident I discovered a self-seeded oregano plant in amongst my pennyroyal in one of the most shady parts of the yard. How it got there is anyone’s guess, but I’m not complaining. 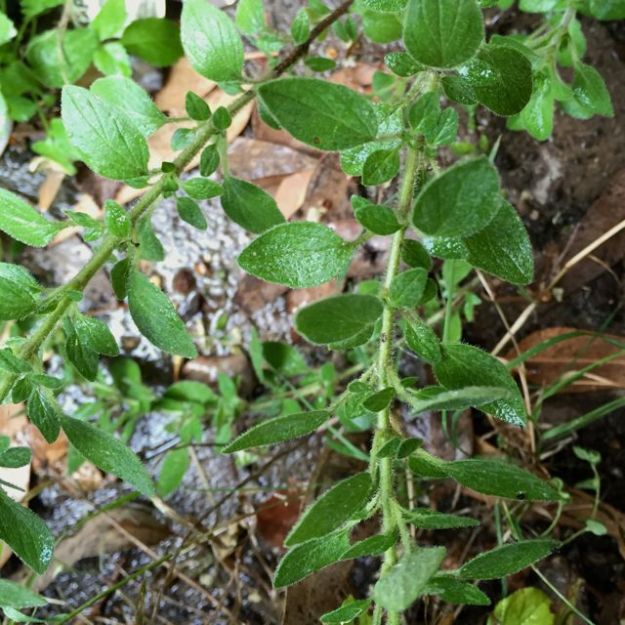 Because I managed to kill my raspberry plants, I didn’t get any raspberries this year. So as a consolation, I’ve been drinking the raspberry cider from Two Metre Tall. It’s very good. 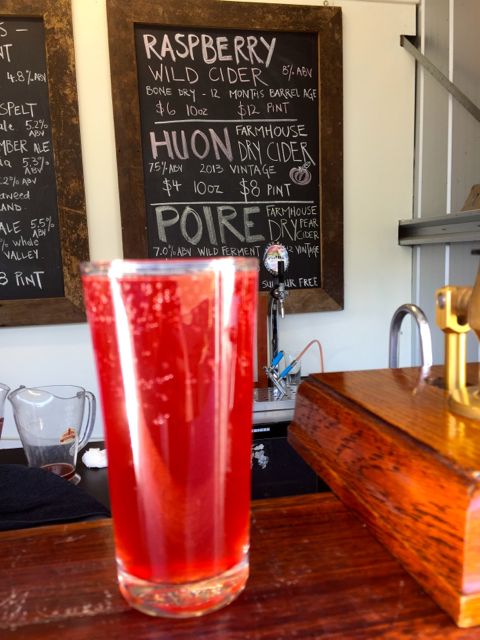 I had a couple of ideas of new places to go foraging, but other things got in the way and I didn’t make it.

I did pick up some Tasmanian produce from Eumarrah in Hobart, and I really like the new labelling that Hill St Grocer has for its fruit and vegetables. 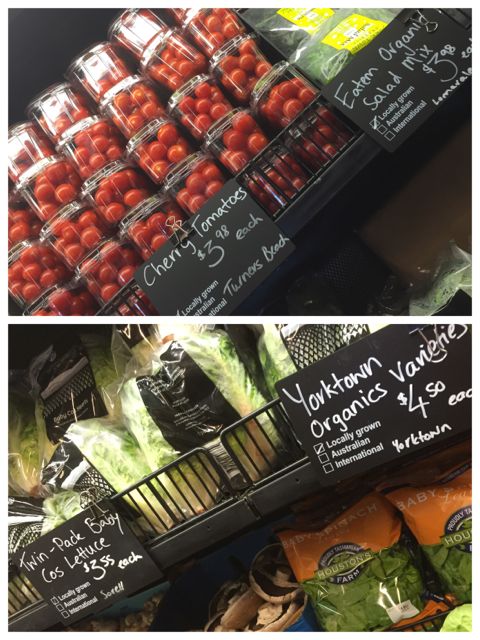 This morning we went to our local market, the Big River Growers Market, which has some wonderful people with fantastic produce (and also excellent laksa). 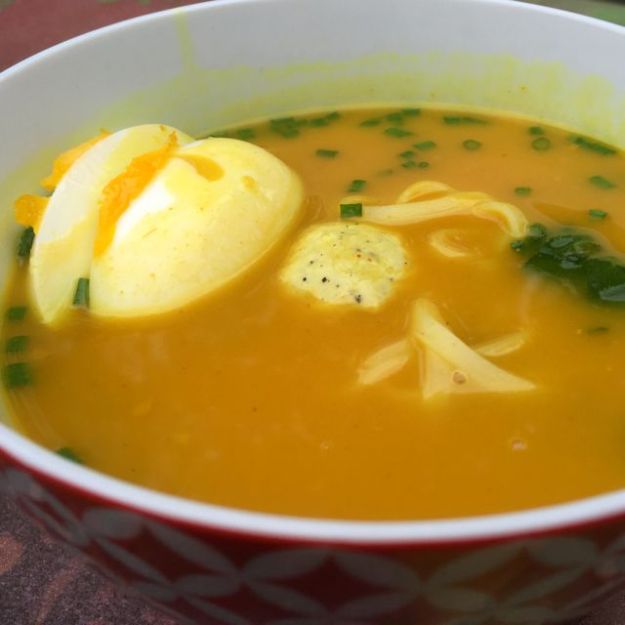 And we were walking past a new business that has recently opened, so decided to have a look in there and picked up a few different vegetables as well. 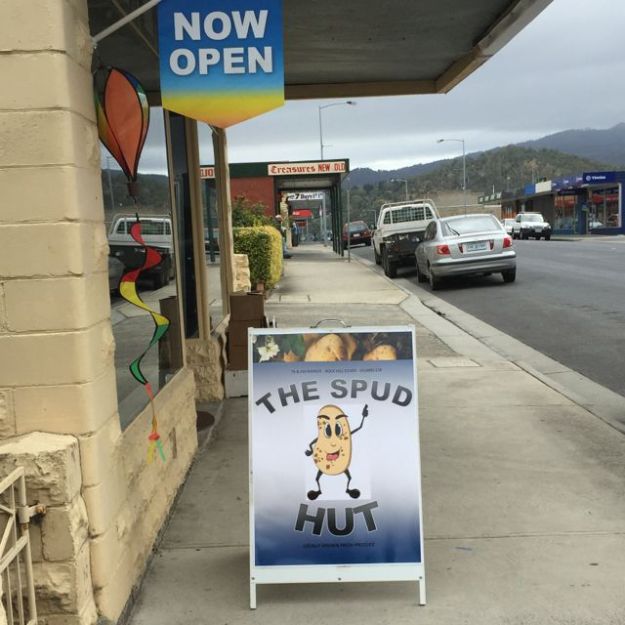 So we ended up getting a pretty good haul for the weekend.

And dinner tonight was accompanied by one of my favourite wines (which I foraged for in my fridge because I needed wine for the dinner recipe . . .) 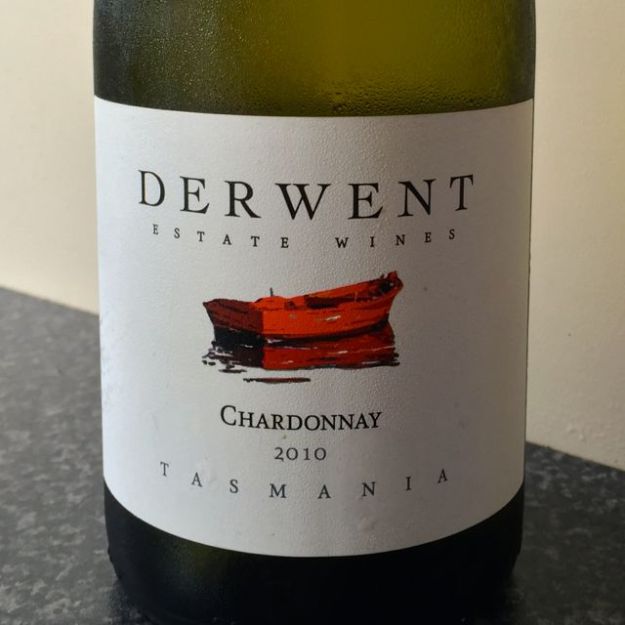 Week 2’s challenge is to “grow your own”.

I used to be a gardening fanatic, but since we’ve been in this house – in fact probably since we had Juniordwarf – my commitment to the garden has declined and I haven’t grown anything (successfully) for several years.

Perhaps this is the time to fix that.

As well as Walk in Her Shoes month, March is the Tassievore Eat Local Challenge month.

The Tassievore Challenge is all about encouraging people to eat local food and to explore new places to get Tasmanian food from. There are 4 mini challenges over the month to give people some ideas about what they can do to get more local food.

I think it’s a great idea. We have such a lot of great food here in Tasmania and, at this time of year especially, there’s a huge range of fresh produce available.

You might be aware of the recent Hepatitis scare related to imported frozen berries. I’ve noticed that this has prompted some discussion about where we get our food from and our expectation that we can have everything all year round.

I think it’s a good discussion to have.

Most fruits and vegetables are seasonal – so before the days of mass processing and imports, you could only get them when they were actually growing and ripening in your area – or if you’d preserved them yourself. People knew where their fruit and vegetables came from – often from their own or their neighbours’ garden – and they’d preserve their produce at home so that they could have it throughout the year when it wasn’t readily available.

But now thanks to cold storage and fast travel times you can get ‘fresh’ fruit and vegetables in your local supermarket that could have been picked weeks ago and could be from pretty much anywhere. So if you want a capsicum or an eggplant in the middle of winter you can get it, no questions asked.

Freezing, canning, drying and other methods of preserving are also common mass processing methods. And then there’s bottling things like relish, sauces and jams – but unless you do this yourself (or seek out hand-made preserves), we start to move into the sphere of ingredients with names we can’t pronounce – and this is a whole other issue.

As we’ve seen from the berry incident, the convenience of out of season produce might not necessarily be a good thing.

For example, according to the Australian Garlic Producers’ website, 95% of garlic in Australia is imported from China, where chemicals banned in Australia are apparently still used to grow garlic. The garlic is also “gamma irradiated to prevent sprouting and sprayed with Maleic Hydrazide to extend shelf life. All imported garlic is fumigated with Methyl Bromide by AQIS on arrival in Australia”.

That’s quite a chemical cocktail, but it ensures that we get a supply of garlic in the supermarket all year round.

The “banned” chemicals aren’t listed on the website, and I haven’t been able to find any recent reference to what these might be, so that’s a fairly big concern to start with, if this is correct. Then there’s the things that we do to it when it gets here.

To be fair, I don’t know what these things actually do, so I had to look them up.

Maleic Hydrazide is used in weedkillers and is used on vegetables like onions and potatoes to prevent them sprouting.  It is reportedly not harmful to humans, but has been linked to infertility in rats and is also a potential carcinogen in rats and mice.

Gamma irradiation involves exposing the food to radiation similar to microwaving it, but more powerful. Apparently this doesn’t make food radioactive and it makes only minimal changes to the food’s chemical composition.

Methyl Bromide is an ozone depleting substance used as a fumigant. It’s largely been phased out in Australia apart from “critical” uses such as fumigating imported products and as a soil fumigant for strawberries and for treating rice.  Presumably its phase out is related to its ozone-depleting capacity. Anyway if you eat imported garlic, you’ll ingest it. And probably if you eat Australian-grown non-organic strawberries.

This is just the chemicals and processes on one product.

Even if it’s true that these chemicals in the quantities you get from eating this food aren’t harmful, who’s to say that over the long term, combined with chemicals used in other foods, this routine consumption of combinations of chemicals isn’t doing us long term damage.

I don’t know. I’m not a scientist. But having a look at garlic makes me wonder how much other supposedly ‘fresh’ produce out there is routinely sprayed, blasted, dusted, whatever, to the point that the benefit of eating it is outweighed by the long term effects of the chemicals we take in.

You might be OK with this. That’s fine. But for me, regardless of how harmless I’m told these chemicals and processes are, I feel a lot more inclined to want to eat produce that is grown with minimal, if any, treatment. I think one of the best ways to do this is to buy food from the people who have grown it, so you can talk to them and find out how they grow it.

I’d love to grow everything I eat myself, so I know exactly where it’s come from, but that isn’t realistic right now. So the next best thing is buying directly from the growers – and next best to that is from a store where the growers are personally known to the storekeepers.

This implies that the produce is fresh too – seasonal – not stuck in cold storage for weeks on end. This is something I’d really like to explore. I’ve become used to being able to get pretty much any vegetable I want when I want it, because it’s always available, if not “fresh”, then tinned or frozen. I’d like to start to get to know what’s actually available at any given time and to plan my meals around that, rather than relying on the same old thing week in, week out.

It’s a big shift for me, but I think the Tassievore Challenge is a good start because it gets you to seek out and use seasonal Tasmanian produce.

The first week of the Tassievore challenge (yep, we finally got there) is to “become a local food forager – discover a new place to buy Tasmanian produce or find it where you shop already.”

I’ve drawn a big blank about what to do this week, so I’m not sure where this is going to lead me.

One thing I did want to mention was my experiment last year, where I recorded all the food we bought in the month of February leading up to the Tassievore Challenge and then in March while the challenge was on. I meant to do a follow-up post, but it never happened, so in the interests of completion, here’s what it looked like:

I’m not sure what conclusions to draw from this other than there’s quite a lot of food that you can never be too sure where it came from. I might have been a bit harsh in putting things like bread rolls in that category but, while the bread was baked locally, the origin of the flour was key for me deciding on the origin of the product. And this isn’t usually apparent unless you ask (which I didn’t).

So that’s it. This week I’ll be off looking for Tasmanian produce.